Not Fade Away - A Tribute to Buddy Holly 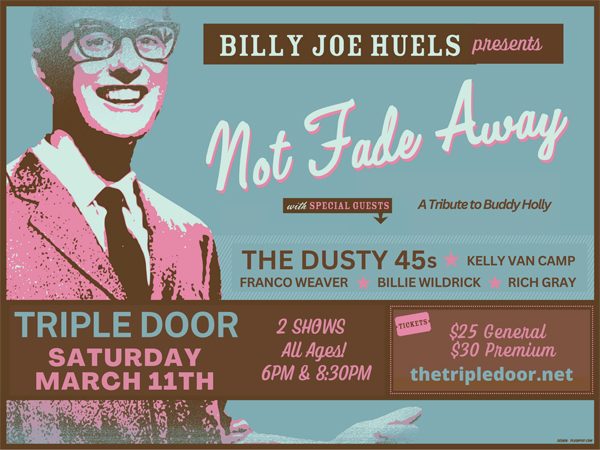 In 1959, rockabilly icon Buddy Holly died in a tragic plane crash. He left behind his pregnant wife, several unfinished projects, and millions of fans. The musician with the black-framed glasses and innovative tunes inspired greats like Bob Dylan, The Rolling Stones, and The Beatles. And as most people know, his death is the inspiration behind Don McLean's "American Pie."