Bill Frisell & Erin Corday "A Night for the Bee: a Benefit for The Common Acre" 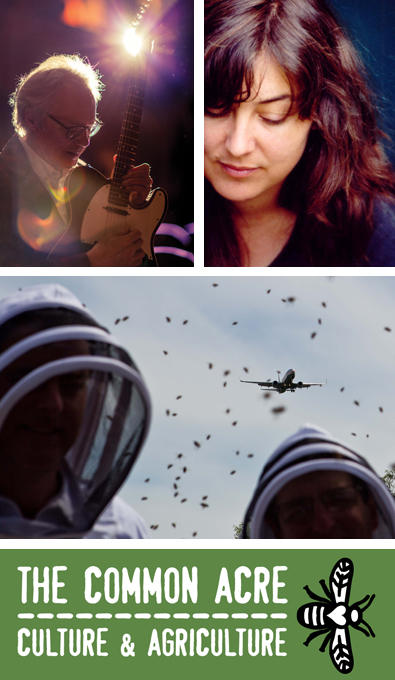 VIP rooms are also available for private parties and special events. Call our Private Dining department at 206.838.4312 to reserve a VIP room for the show.

"It's hard to find a more fruitful meditation on American music than in the compositions of guitarist Bill Frisell." —The New York Times
"Frisell is a revered figure among musicians — like Miles Davis and few others, his signature is built from pure sound and inflection; an anti-technique that is instantly identifiable." —The Philadelphia Inquirer
"Among jazz guitarists, Frisell is unique in his exploitation of variable timbre. Frisell's sound swells and breathes like a saxophonist's (interestingly, Frisell played clarinet as a child). In many ways his sound is reminiscent of a pedal steel guitar. And although his work is steeped in jazz, Frisell is a man of catholic tastes. His music includes characteristics of rock, country, and bluegrass, among various other styles. Such liberality explains his willingness to expand his tonal palette beyond that of the typical jazz guitarist. Where so many conventional jazz guitarists define themselves by how many notes they can play, Frisell has carved a niche by virtue of his sound. His ability as an original, lyrical player of melody combines with a unique (if much imitated) sound to make him one of the most singular musicians of his generation." (Chris Kelsey, AllMusic)
Over the years, Frisell has contributed to the work of such collaborators as Paul Motian, John Zorn, Elvis Costello, Ginger Baker, The Los Angeles Philharmonic, Suzanne Vega, Loudon Wainwright III, Van Dyke Parks, Vic Chesnutt, Rickie, Lee Jones, Ron Sexsmith, Vinicius Cantuaria, Marc Johnson (in "Bass Desires"), Ronald Shannon Jackson and Melvin Gibbs (in "Power Tools"), Marianne Faithful, John Scofield, Jan Garbarek, Lyle Mays, Vernon Reid, Julius Hemphill, Paul Bley, Wayne Horvitz, Hal Willner, Robin Holcomb, Rinde Eckert, The Frankfurt Ballet, film director Gus Van Sant, David Sanborn, David Sylvian, Petra Haden and numerous others, including Bono, Brian Eno, Jon Hassell and Daniel Lanois on the soundtrack for Wim Wenders' film Million Dollar Hotel.
Frisell has released some 50 albums as solo artist or headliner, and featured on over 100 more as a guest musician. His most recent album is Guitar in the Space Age! (Okeh, 2014).
http://www.billfrisell.com/home

Erin Corday is an American singer and songwriter who brings a love of epic quest, emotional depth, lyrical imagery and imagination to subtly dynamic performances. With influences as diverse as João Gilberto, Stina Nordenstam and Daniel Lanois, she moves from rhythmic folk‐chill to lush down‐tempo ballads and Americana. Erin's performance credits include notable headline performances across festivals, theaters, and clubs for 20 years. She has shared the stage (as co-headliner) with Johnny Cunningham, Mícheál Ó Domhnaill, and the Flying Karamazov Brothers; and (as opening act) with Donovan, Michael Doucet & Beausoleil, David Grisman, the Blind Boys of Alabama, Ferron, Martin Simpson, Roger McGuinn, Jesse Colin Young, Richard Thompson, The Story and Brazilian superstar Milton Nascimento. Erin has five albums to her credit, the most recent being the national release Where the Body Is (Waterbug, 2011).
http://www.erincorday.com

The Common Acre is a Seattle non-profit organization that re-connects culture with agriculture. The Common Acre's current work encompasses 25 farms and other sites around the Puget Sound, totalling 200 acres of research, restoration, and education primarily around wild bees. At the same time, the Acre is telling the story of this field work through the arts: with exhibits, performances, and events that have reached over 1 million people in two years. The Acre's project "Flight Path" — which 100% of the proceeds from this event will benefit — has resulted in 20 acres of restored bee habitat to date and produced an art exhibit at the airport about bees, humans, and flight. This May the exhibit moves to Seattle City Hall. Find out more at http://commonacre.org/